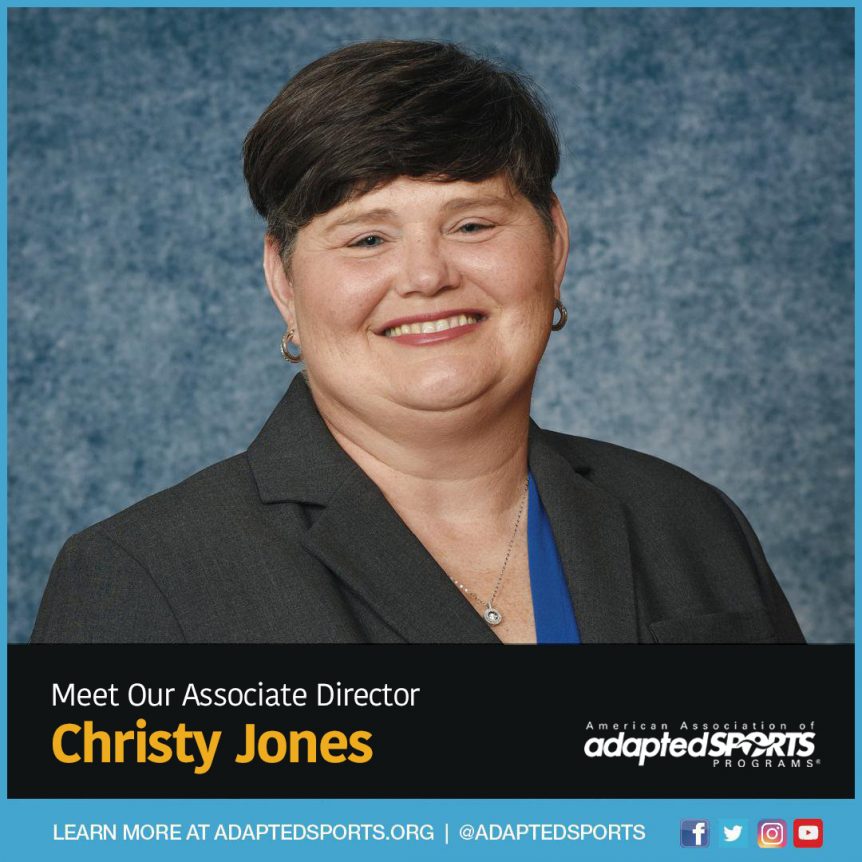 Christy Jones, coordinator and former coach of the Houston County Sharks of Warner Robins GA was named Associate Director of AAASP in July. Jones is attributed as a force in the start up of the Houston program in 2008, that has become the most successful in the organizations history since its founding in 1996.

Christy Jones possesses those qualities of leadership that are essential for the sustainability of these efforts. She and her team have enjoyed tremendous levels of support from their school board, community, media, local business and even Warner Robins Air Base. The Sharks have won 31 state championships combined, more than any other program in the league! Her Sharks seniors are consistently given serious considering for or have received sport or academic scholarships to attend college.

“We’re excited to have Christy as a member of the executive team of AAASP. I can think of no one who sets a better example in demonstrating what a fully embedded, highly visible and successful adapted sports program can look like within the athletics infrastructure of our school systems,” according to Tommie Storms, Cofounder and Executive Director of AAASP. “But beyond that, she’s just darn well-liked. It’s obvious from her athletes to every individual in the Houston program that she’s loved and respected. She just about the nicest, most knowledgeable and dedicated individual I’ve come across.”

Jones serves as part-time Associate Director through June 2023 and will continue her role as top trainer for the organization through June 2023. She will assume the role full-time in the next school year.