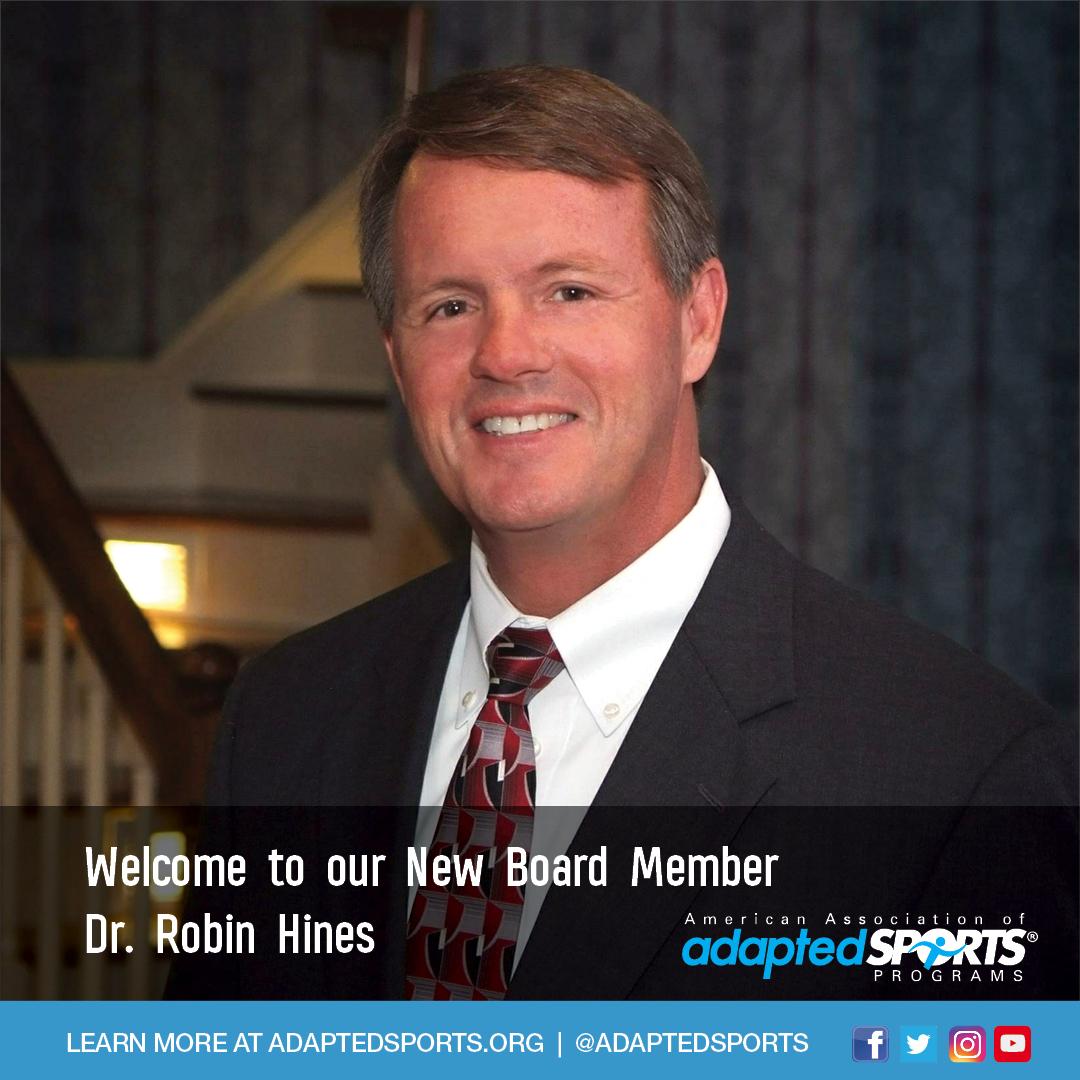 Atlanta, August 3, 2022 – The American Association of Adapted Sports Programs, Inc. is excited to welcome Robin Hines to the distinguished AAASP Board of Directors. As someone with about 4 decades of experience in education, administration, and coaching, Hines is an exceptional addition to the organization and brings a wealth of knowledge to the AAASP Board of Directors.

Hines is the Executive Director of the Georgia High School Association, where he handles day-to-day operations and challenges, along with interpreting the by-laws created by schools and voted on by the Executive Committee. He also oversees the GHSA’s Coach’s Education Program, which offers training and certification for those interested in becoming a community coach.

Before his time as Executive Director, Hines was a teacher, coach, assistant superintendent, and superintendent in the Houston County School System before retiring. He has also worked in Jackson and Charlton Counties, as well as served as an athletic director and assistant principal.

After retiring from his nearly four decades long career in education, he was initially hesitant to apply for the position of Executive Director out of consideration for his family and time with his wife, Kim. However, both of them felt a sense of service and gratitude to the Georgia High School Association, so Hines decided to apply and has been serving in the position since 2017.

Beyond education, Hines is an avid sports enthusiast, having played football and baseball in high school which he says shaped the rest of life. It was his experience with his coaches and teachers in high school that set him on the path he has led in life. In addition to sports, Hines loves music and even plays several instruments. He loves rock and bluegrass music, especially music from the Allman Brothers, and he even plays in a couple local bands.

Hines is married to his college sweetheart and retired kindergarten teacher, the former Kim Dilling, who he has three children with: Melissa, Ashley, and Bobby.

The American Association of Adapted Sports Programs (AAASP), headquartered in Atlanta, Georgia, just celebrated its 25 year as a not-for-profit association dedicated to developing interscholastic adapted sports programs in partnership with national, state, and local educational agencies. It represents a standardized approach to extracurricular adapted team sports and has developed one of the nation’s most comprehensive school-based athletic programs for students with physical disabilities attending elementary, middle and high schools. For more information, please visit our website at https://adaptedsports.org or join our conversations on Twitter at: @AdaptedSports.