AAASP Wheelchair Football Kits are available for purchase through FlagHouse

Wheelchair Football is a fast–paced sport that is best played when athletes are in maximum physical condition, and at the top of their game in teamwork, strategy, and wheelchair handling skills.

The game is played on a standard basketball court with all players using either a manual or a power wheelchair. Players in manual chairs have successfully tackled an opponent when they tag the opponent with two hands on the body and above the knees. Players in power chairs will have made a successful tackle when they tag the opponent with one hand on the opponent’s body or chair.
A team has six attempts to score once they receive the ball. Teams may pass or “run” the ball into the end zone. Field goals, kick–offs and punts are thrown. A running game clock (no time–outs for incomplete passes, etc.) is used, as well as a play clock. Scoring is the same as in stand–up football, with one exception. A team that passes for the point–after–touchdown (PAT) will receive two points. Field goals are scored when the ball is thrown through the first two vertical uprights that support the hanging basket.
Eligible participants, whose primary disability must be physical, are boys and girls attending grades 1–12. They are able to walk unassisted, with devices, or use manual or power wheelchairs. All participants must compete in a manual or power wheelchair.
View AAASP 2020-2021 Wheelchair Football MASTER SCHEDULE 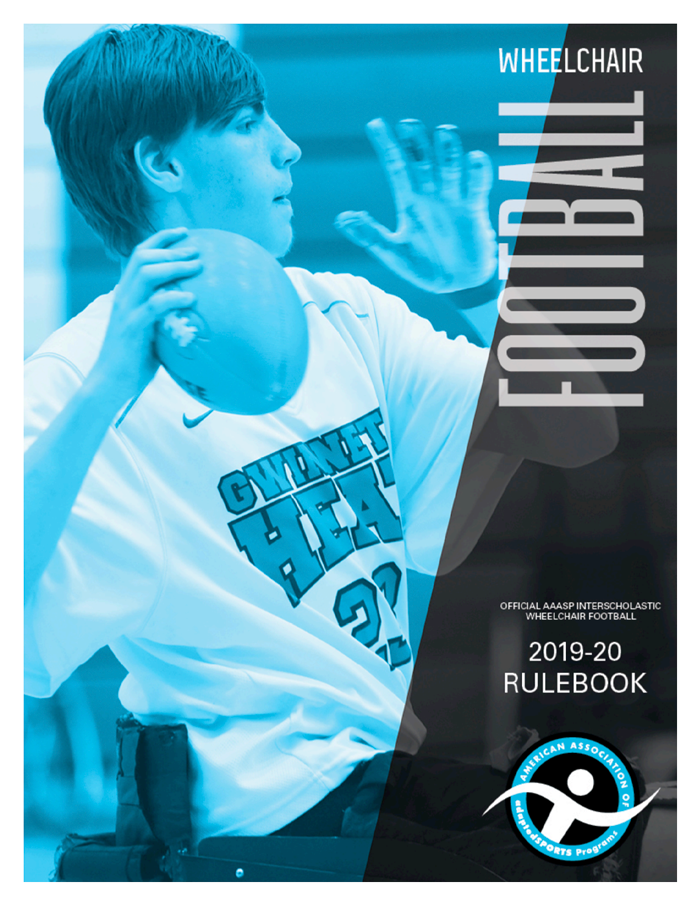 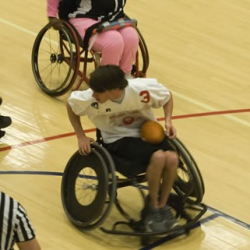 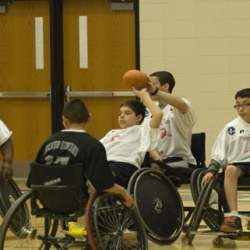 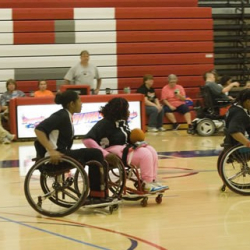 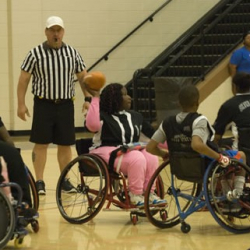 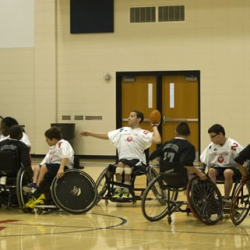 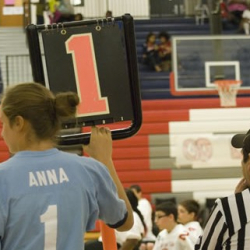 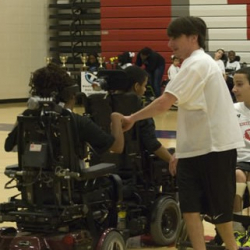 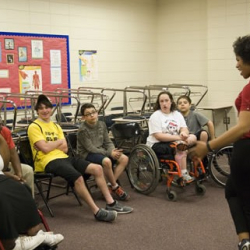 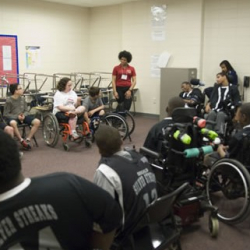 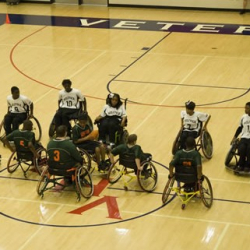 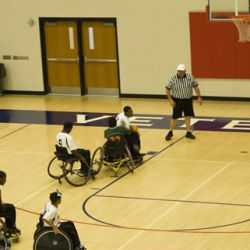 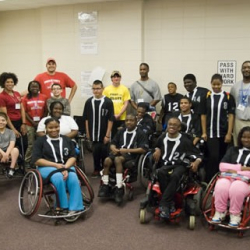 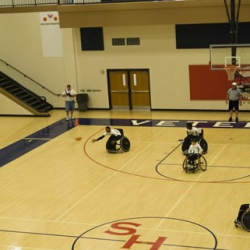 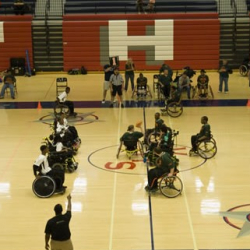 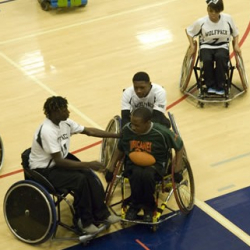 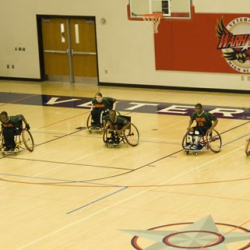 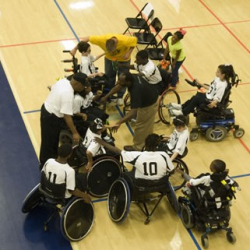 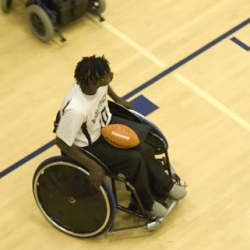 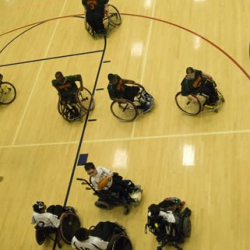 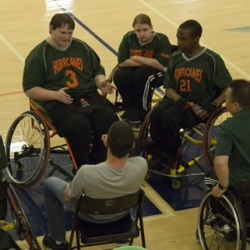 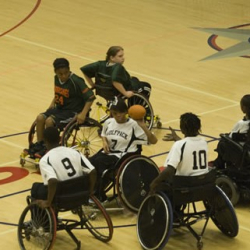 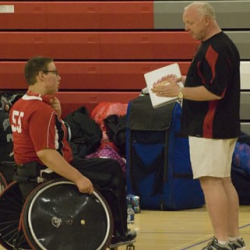 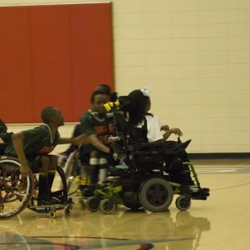 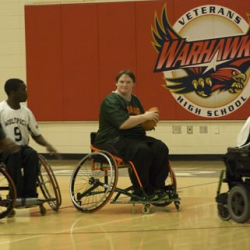 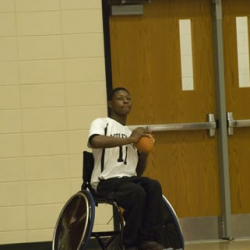 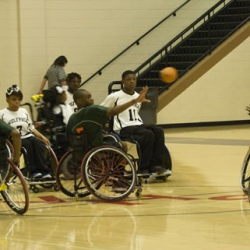 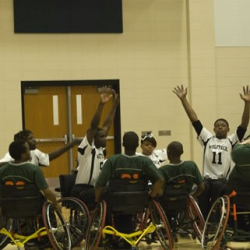 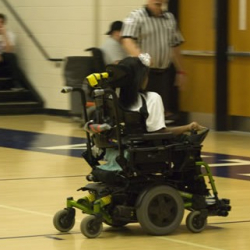 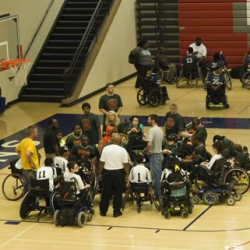