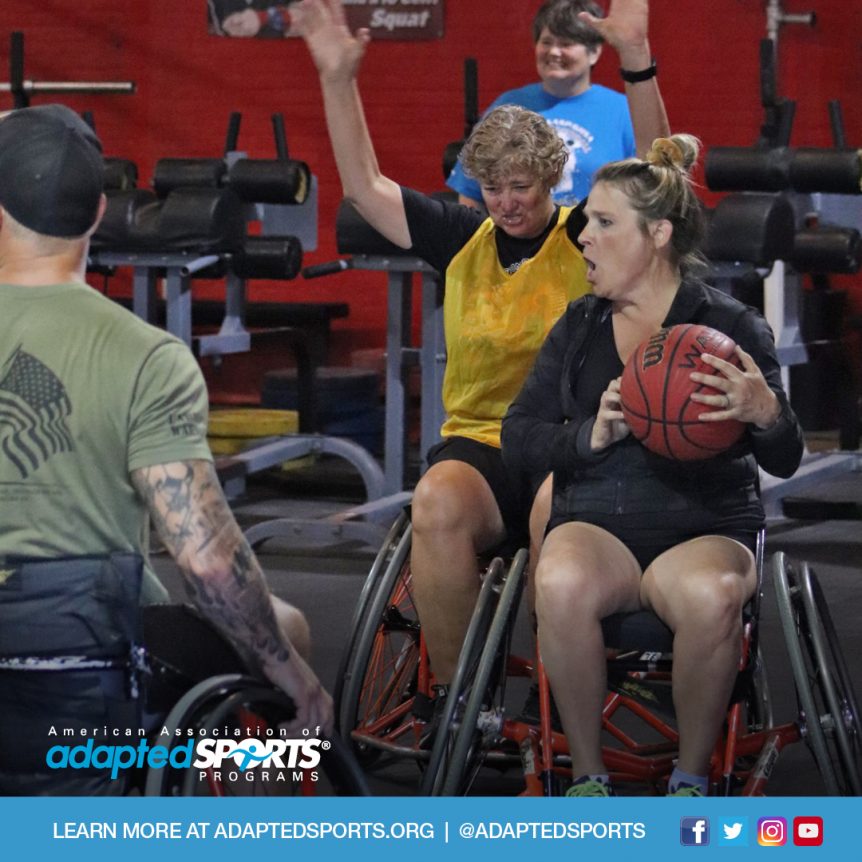 The American Association of Adapted Sports Programs conducted an AAASP Wheelchair Sports Training at the Pottstown Athletic Club for individuals who will now be able to coach and officiate wheelchair athletics in Pennsylvania.

Located in Pottstown, Pennsylvania, the club’s owner Rob Matthews said the idea to host the training came after a realization that for many disabled veterans in their town, resources and services were located far away. They realized the time and distance placed additional burdens on those with disabilities, Matthews said.

“We wanted to provide an opportunity at our facility that would enable individuals to train for adapted athletics in order to qualify for these larger teams and not require the burden of so much travel,” Matthews said.

Although he was unsure of how it would go at first, he said they were thrilled to be a part of the training.

“Prior to the arrival of the AAASP staff I was concerned if the coaching would keep my crews interested over the weekend,” Matthews said. “Well, Coach Ron had my crews’ complete attention and kept them highly motivated for the entire weekend of training. Everyone learned a lot and all my coaches could not say enough about the quality and in-depth information provided over the course of the weekend.”

They saw the training as a way to do their part in helping the people in their community, which is already a staple in their mission. Pottstown Athletic Club focuses on providing an outlet for members of the community to work on themselves both physically and mentally through their many different Crossfit and athletic programs. They have classes for everyone from kids to military personnel to those recovering from addiction.

They also have a program that helps give positive role models and structure to kids who have been in trouble with law enforcement and assigned community service. The Clean Streets Program allows them to complete their community service by sweeping streets or shoveling the snow, and if it rains, they participate in CrossFit training. Like the wheelchair training program, it’s another way for PottsTown Athletic Club to help their local community.

Matthews said there are very few local organizations that have programs for wheelchair athletics, but Pottstown Athletic Club is trying to change that. Now, they’re hoping this is a stepping stone to adding more so they can help provide local opportunities.

“We view our role as a supporting element rather than jumping into a team commitment,” Matthews said. “That will come in time as the program builds.”