The American Association of Adapted Sports Programs (AAASP) ASPIRE Awards (Adapted Sports Programs in Recreation and Education) honor individuals and organizations who have made significant contributions in contributing to the physical, social, and intellectual well-being of children and adolescents with physical disabilities and impairments through the power of athletics.

When:
Where:
Additional Details:

2x Paralympian, 10x USA World Team member, and the first person with a disability to play at the US Open, will headline the 4th annual ASPIRE Awards for the American Association of Adapted Sports Programs (AAASP) on October 23, 2022. 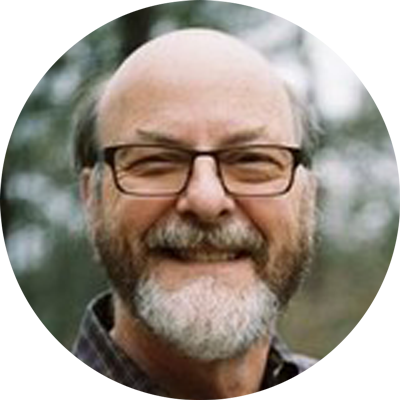 Dennis started in radio in the summer of 1964 after his senior year at Winter Park High School as the “Sunday guy” at Clermont’s WSLC-AM. While attending the University of Florida, he worked part-time at Gainesville’s WRUF-FM and WDVH-AM (doing PM drive at the latter as "Little" Bobby Dennis), and eventually made PD at WUWU.

AAASP ASPIRE Award winners are chosen through an application process.  Nominees will be announced in August 2022.

This year's ASPIRE Awards banquet will be held Sunday, October 23, 2022 – at Maggiano's Little Italy in Buckhead (Atlanta). All nominees will be recognized and the winners will be announced during the awards banquet.

An ASPIRE award recognizes the significant contributions of individuals and organizations that have been central to the mission of making adapted sports programming available to children with physical disabilities. Through these programs, student athletes with physical disabilities across the state reap the physical, social, emotional and academic benefits of competitive athletics resulting in personal and social empowerment.

The ASPIRE award was established to recognize those who support and advocate on behalf of adapted sports. The award showcases those who stand as role models; individuals, companies and organizations that have taken a proactive and innovative path in support of competitive sports programs for student athletes with physical disabilities.

Congratulations to Our 2022 Nominees!

Coach of the Year Award

Hear what AAASP really means to our community

The ASPIRE Awards Hall of Fame:

Special thanks to our special guests, emcee and host, Sam Crenshaw, and guest speaker, world class athlete and Paralympian Jean Driscoll, as well as our sponsors for making the evening possible:

Karin broke her back in a gymnastics vaulting accident and is most known for her wheelchair tennis accolades. She is a 2x Paralympian and a 10x member of the USA World Team. She was the first person with a disability to receive a Division 1 athletic scholarship to Georgia State University to play intercollegiate wheelchair tennis and has gone on to assist other universities in creating their own wheelchair tennis programs. She was named the USA’s Junior Wheelchair Tennis World Team Cup Coach and led the top American juniors into international competition, where they are currently ranked number ONE in the world! Her induction into the Georgia Tennis Hall of Fame as its youngest inductee and only person with a disability, speaks to her unyielding commitment to foster and grow the sport of tennis to all those who wish to play. She also received the coveted “Gold Brick” in front of Arthur Ashe’s Stadium in Randy Snow’s Neighborhood. When asked about this honor she simply responded with: “Well, that brick is cute and everything and an amazing gift to my heart, however, it reminds me to continue building the legacy that the infamous Randy Snow started and that requires a whole lot of love for tennis, sport and humanity.” In 2018 she was awarded the prestigious “Athletes in Excellence Award” by the Foundation for Global Sports Development which recognizes elite-level athletes who have dedicated themselves to bettering their local and global communities through mentorship, service, and volunteerism. In 2019, she received the 2019 UNIQLO Spirit Award given to a person who embodies the principles and core values of UNIQLO, a person who seeks to change the world around them by challenging themselves and striving for the highest standards, pursuing their goals with an innovative spirit and a shared desire to see wheelchair tennis continually move forward to ever greater heights.

She served on the coveted U.S. Olympic and Paralympic Committee Athletes Advisory Council for eight years representing seven sports which included Tennis, Table Tennis, Shooting, Archery, Equestrian, Powerlifting and Canoe/Kayak. She has formerly served on the Alabama State Rehabilitation Advisory Council as well as the Alabama Disabilities Advocacy Program’s PADD (Protection and Advocacy of Persons with Developmental Disabilities) Advisory Council. She currently serves on the board of directors of A Friend of Mind and Baseline Tennis. She also holds committee positions with the International Tennis Federation’s Player Council, the Alabama FBI Citizen’s Academy and the Sport Integrity Global Alliance’s Council and Committee on Race, Gender, Diversity, and Inclusion. In January 2021 she also received a congressional appointment to the Commission on the State of US Olympics and Paralympics by Congressman Frank J. Pallone, Jr., whose 16-member Commission are charged with conducting an extensive study on recent reforms undertaken by the USOPC to improve the organization’s ability to fulfill its mission. She is deeply passionate about inclusion of persons with disabilities at every level of sport, wellness and life. Her career in both advocacy and policy has spanned over three decades. She has worked with Lakeshore Foundation’s Lima Fox Trot Military program since its inception and in her former role as Lakeshore’s Policy and Public Affairs Coordinator. Her love of humanity is often referred to as “contagious” and her infectious enthusiasm for sport and a dignified life experience will leave you wondering: “What can I play and how can I be involved”. Korb refers to herself as a simple vehicle for service to, for and with others; “everything beyond that is a bonus.”

Karin holds an undergraduate degree in Public Administration from Kean University and a Masters of Sports Management from Georgia State University. She is a certified life coach with the International Coaches Federation and brings a highly diverse level of experience having worked with local, national, and international clients of varying organizations to create ongoing opportunities for sports integration and Disability centered inclusion. Her efforts in sports diplomacy with the U.S. State Department and the International Tennis Federation Development Fund have taken her to Trinidad and Tobago, Germany, Colombia, Bulgaria, Hungary, and Romania promoting inclusive education and sport opportunities. She is a globally renowned sport leader who currently consults for and with global business entities to assist in creating sustainable Justice, Diversity, Equity , Inclusion and Access educational programming, campaigns and initiatives. She always has her eyes on the pulse of humanity and “how can we best represent and implement the visions of inclusivity and most importantly, global respect.”

Dennis started in radio in the summer of 1964 after his senior year at Winter Park High School as the “Sunday guy” at Clermont’s WSLC-AM. While attending the University of Florida, he worked part-time at Gainesville’s WRUF-FM and WDVH-AM (doing PM drive at the latter as "Little" Bobby Dennis), and eventually made PD at WUWU.

After receiving his degree in 1970, he was on to grad school in Tallahassee and PD work for WONS-AM. When his FSU coursework was completed, he moved to Orlando in 1973 and  programmed BJ-105 and, the following year, did sales at WORJ-FM.

The central Florida native’s next seven years were spent on the air at Atlanta’s legendary 94Q WQXI-FM, which, at the time, had double-digit, shares and dominated the local airwaves. A stint programming Milwaukee’s WMGF-FM was followed by a return to Florida in 1985 as PD and afternoon drive host for Tampa Bay’s Magic 96 WMGG-FM.

From Tampa, Dennis headed back to Atlanta to sign on and program Fox 97 WFOX-FM for 10 years, and PD classic rock Z93 WZGC-FM. While at Fox, he also consulted The Woodfin Group of stations (WGSY-FM in Columbus, GA, and WFSY-FM Panama City, FL), flipping both to A/C with double-digit debuts in the ratings.  In fact, WFSY in Panama City set a national format record at the time with a 34 share of adults 25-54 in its first book.

Next, he was hired at Houston’s KLDE-FM and, eventually, became operations manager for the Cox cluster there (KKBQ, KLDE, KTHT, KHPT).  In 2001, he ended up in Philadelphia to program Oldies 98.1 WOGL-FM. After one more return to Florida to PD West Palm Beach’s WRMF in 2004, he moved to the GM’s chair at WNUY-FM in Bluffton, Indiana, a move-in to the Fort Wayne metro.