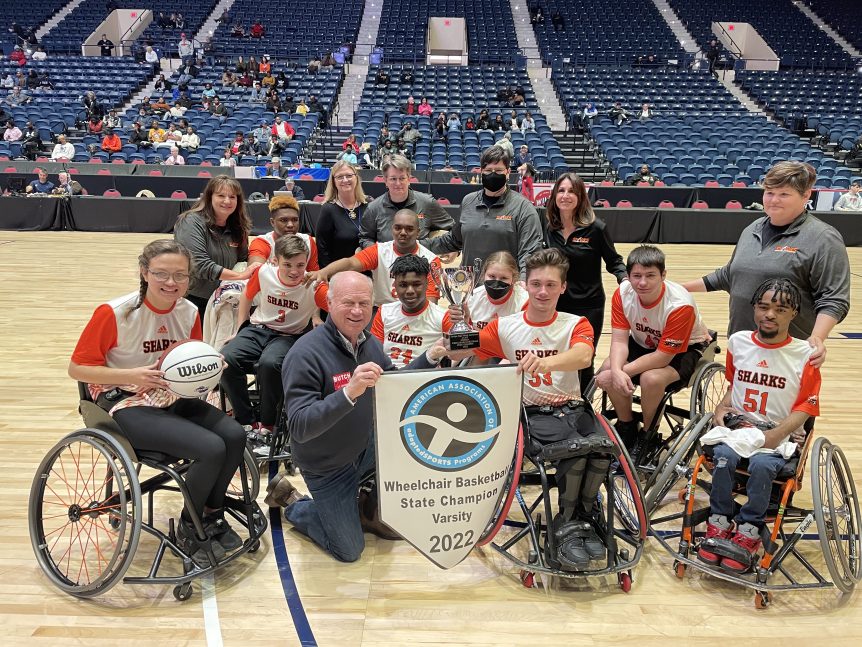 Pictured above: The Houston County Sharks are State Champions! Houston County Sharks defeated the DeKalb Silver Streaks 32-13 at the Macon Centreplex. Pictured with Senator Butch Miller who presented the championship trophy and is himself a parent of a son who used to play wheelchair basketball.

What a great game this past weekend in Macon!

The Houston County Sharks battled the DeKalb Silver Streaks for the 2022 AAASP/GHSA Varsity State Wheelchair Basketball Finals. With a 3pm start time, the crowd cheered on all the action on the hardwoods. The Houston County Sharks took an early lead 8-2 in the 2nd quarter, although the Silver Streaks’ defense held them close for the first two periods, but, the Sharks pulled away in the 3rd and kept the lead for the rest of the game.

Najee Smothers had 10 for the Silver Streaks, with a 3-pointer by Cameron Smothers; Jaquavious West scored 6 for Houston County – with the rest of the points being scored by single baskets by Ger’mir Gordon, Dylan Thompson, Anthony Cuti, Elianna Stevens and Dalton Crosby.

Tommie Storms (AAASP), Robin Hines (GHSA) and Senator Butch Miller (candidate for GA Lt. Gov) and Ethan James (Disability and Health advocate) discuss the importance of sport to young people while attending the 18th AAASP/GHSA State Wheelchair Basketball Championship March 12 at Macon Colosseum. The high school championship game for students with physical disabilities was first in the nation and remains one of only two held at the state wide level. The other is held in Illinois. 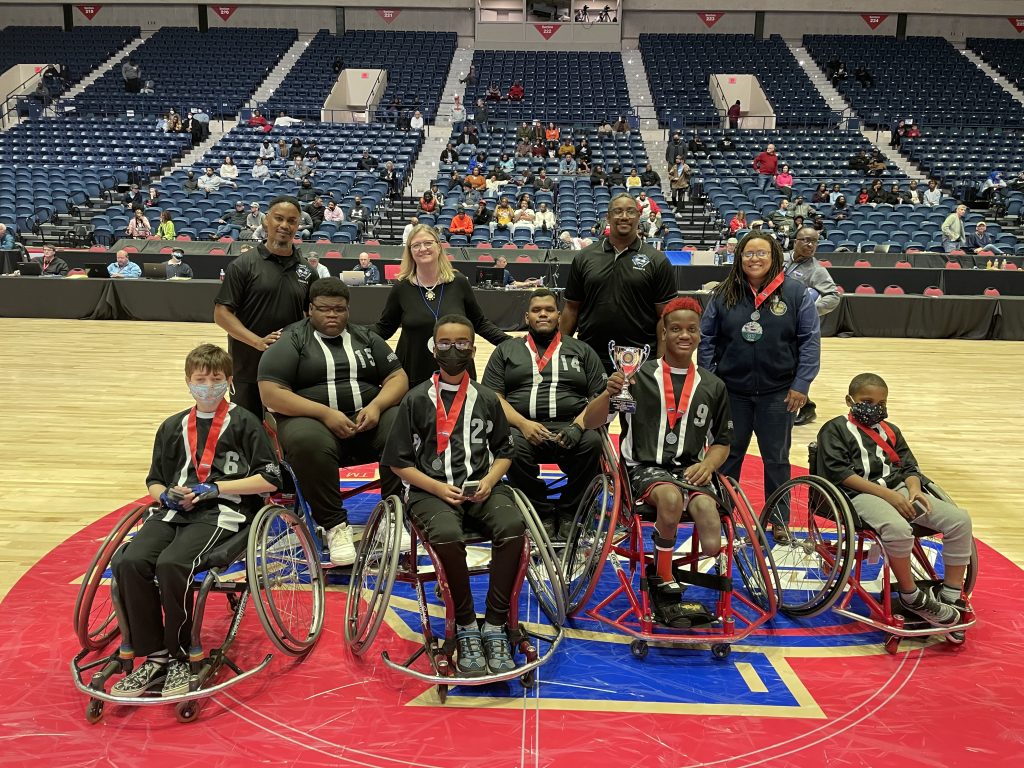 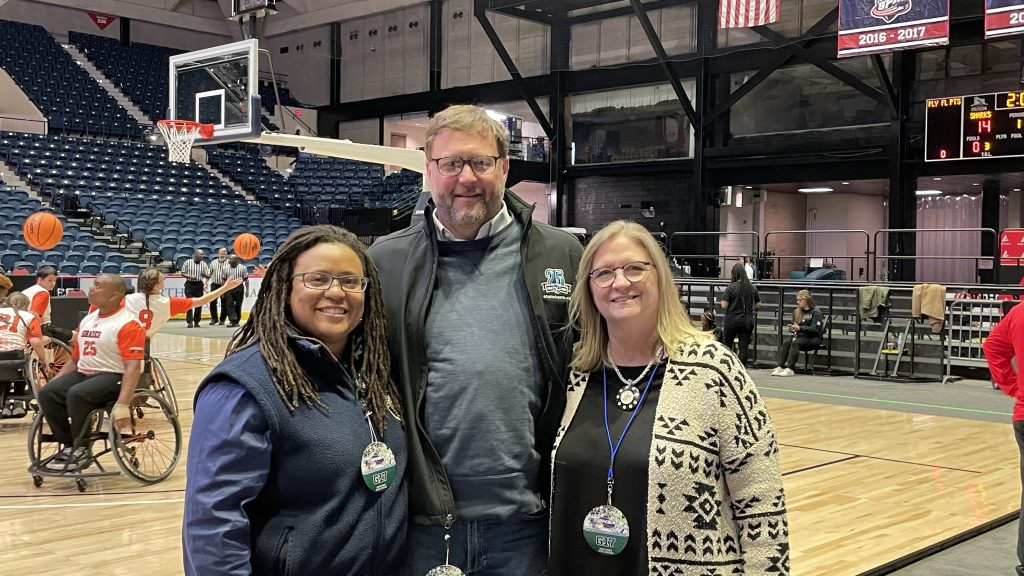 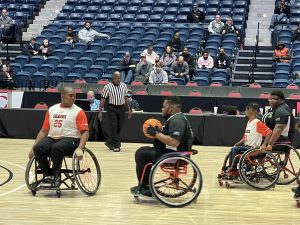