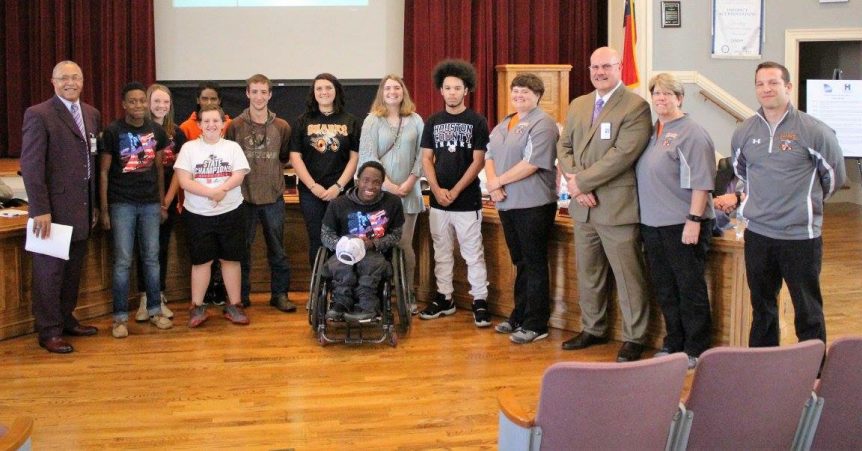 Adapted Sports’ Houston County Sharks Varsity Basketball Team was recognized during the April Board Meeting for the 2017 State Basketball Championship.

The Shark players were surprised to find the display case in the front lobby of the board office dedicated to the them. The case contains past and present team pictures, championship trophies, and newspaper articles about the Sharks.

Below is the statement that Mr Fred Wilson, chairman of the board, read to the people in attendance.

HOUSTON COUNTY, GA – The Houston County Sharks won the 2017 State Wheelchair Basketball Championship at Stegeman Coliseum at the University of Georgia on March 9. The Sharks beat the West Georgia Wolverines 41 to 26 in the American Association of Adapted Sports Program tournament for the state title. This is the Varsity Sharks’ 19th state wheelchair championship and 5th basketball championship in a row in nine school years. 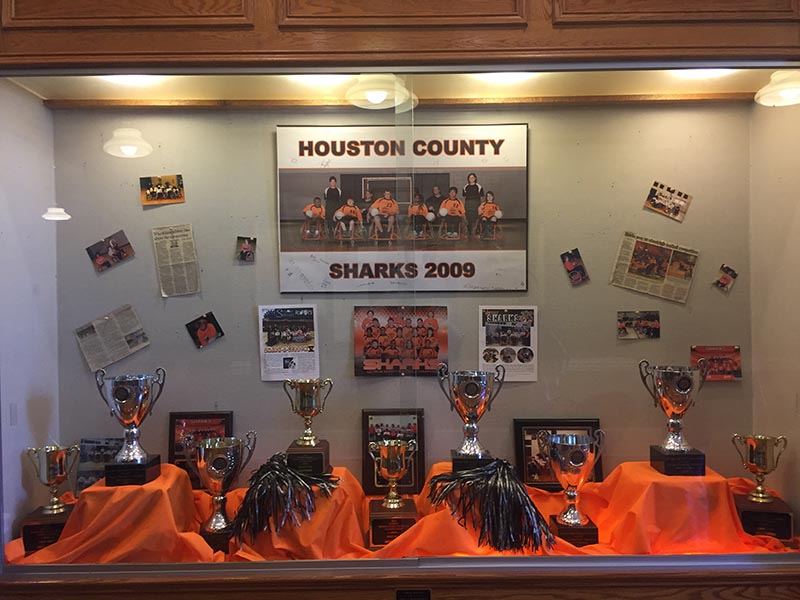 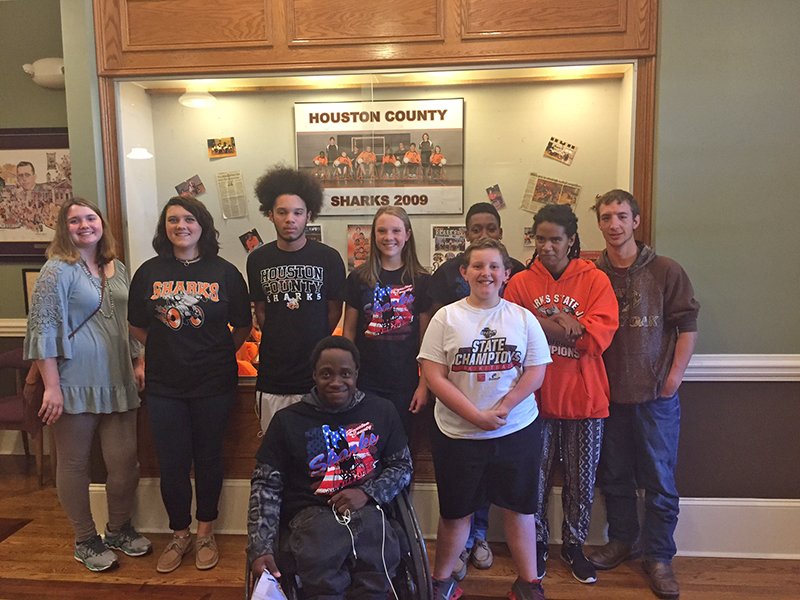